A ‘Shot’ in memoriam – Author Steve Snyder researched his father’s World War II experiences, plus those of others

Steve Snyder always considered his father a hero. But it wasn’t until after his own retirement, and years after his father’s death, that he learned just how much of a story Howard Snyder had to tell. 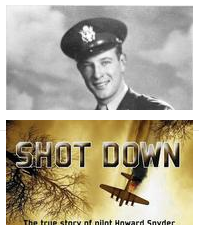 The younger Snyder, 67, recounts his father’s time as a pilot on the B-17 Susan Ruth during World War II in his first book, “Shot Down.” The book gives an insightful glimpse into the lives of Howard Snyder and his crew members by sharing intimate diary entries, letters written to loved ones back home and photographs, as well as accounts of historical events, such as when the Susan Ruth was shot down in Belgium on Feb. 8, 1944.