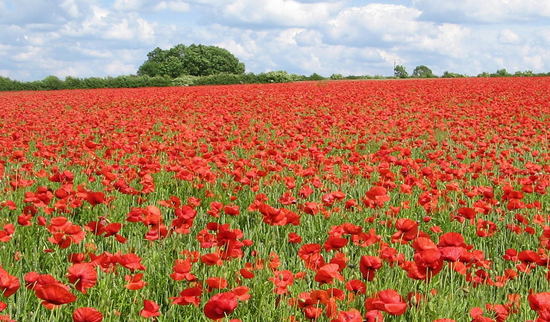 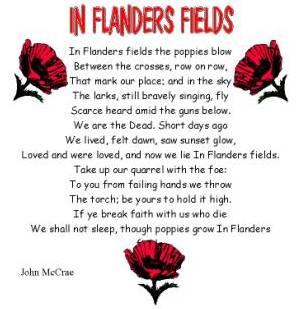 The Poppy has been used since 1920 to commemorate soldiers who have died in the war. Inspired by the World War I poem “In Flanders s Field”, it’s opening lines refer to the many poppies that were the first flowers to grow in the churned-up earth of soldiers’ graves in Flanders, a region of Europe that overlies parts of Belgium and France. The poppies bloomed across some of the worst battlefields and their brilliant red color was an appropriate symbol for the blood spilled in the war. The poem was written by Canadian physician and Lieutenant Colonel John McCrae on 3 May 1915 after witnessing the death of his friend, a fellow soldier, the day before.