During World War II, Link Aviation Devices, Inc. delivered some 10,000 Link Trainers to American and Allied armed forces. The purpose of this flight simulator was to teach pilot cadets how to navigate and land by instruments alone, with no visibility outside the “cockpit.”

Known to American airmen as the “Blue Box”, Link Trainers helped the Allies produce the pilots, such as Howard Snyder and George Eike, who eventually won air superiority in every theater of operations. In addition to training military pilots, Link Trainers have also been used to train airline pilots beginning with American Airlines in January 1937. Now based in Arlington, Texas, Ed Link’s company lives on as the Link Simulation & Training division of L-3 Communications. 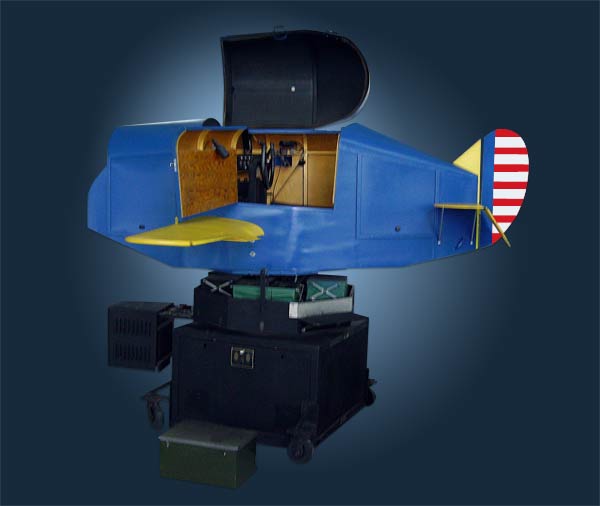