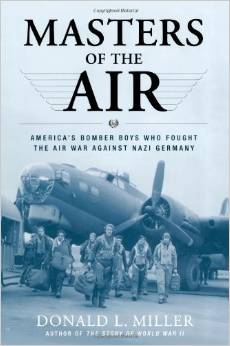 Steven Spielberg and Tom Hanks are combining to produce a 10 hour HBO series on the Mighty Eighth Air Force based on the book, Masters of the Air, written by Don Miller.

The series will air in 2015 and be similar to previous HBO shows Band of Brothers and The Pacific, but cost 2 to 3 times as much. The series is reportedly going to be the most expensive production in the history of television costing 500 million dollars with much of the filming taking place in Germany and England.