Celebrating the Liberation of Belgium 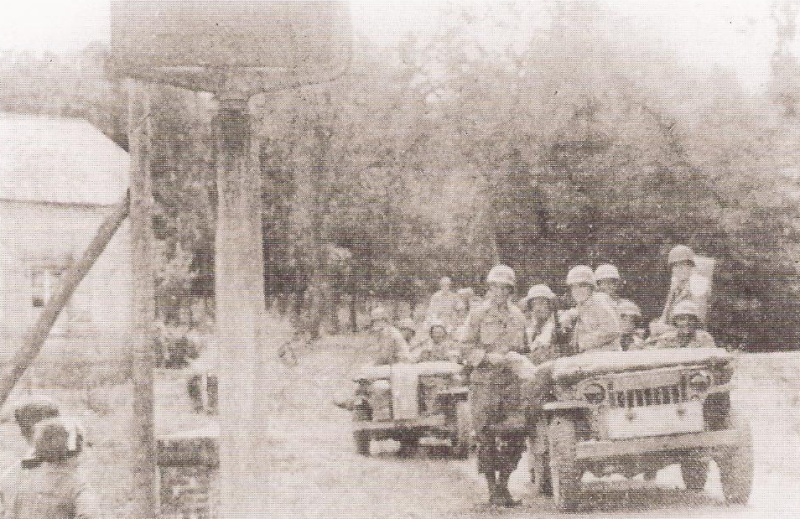 The 70th Anniversary Celebrations of the Liberation of Belgium will take place over a six-day period beginning August 29 through September 3.

On August 31, the festivities include a Liberation Walk, followed by a tour of the Chimay Chateau, then going to Cendron where the first Allied troops entered Belgium on September 2, 1944. At Cendron, there will be a BBQ and a reenactment of World War II vehicles entering Belgium. This will be followed by a dance and a “boules” (bocce) game in the streets of the hamlet just like 70 years ago. SHAPE mentioned in the poster below is the Supreme Headquarters Allied Powers Europe (SHAPE) near Mons, Belgium and is the Headquarters of Allied Command Operations (ACO), one of NATO’s two strategic military commands. 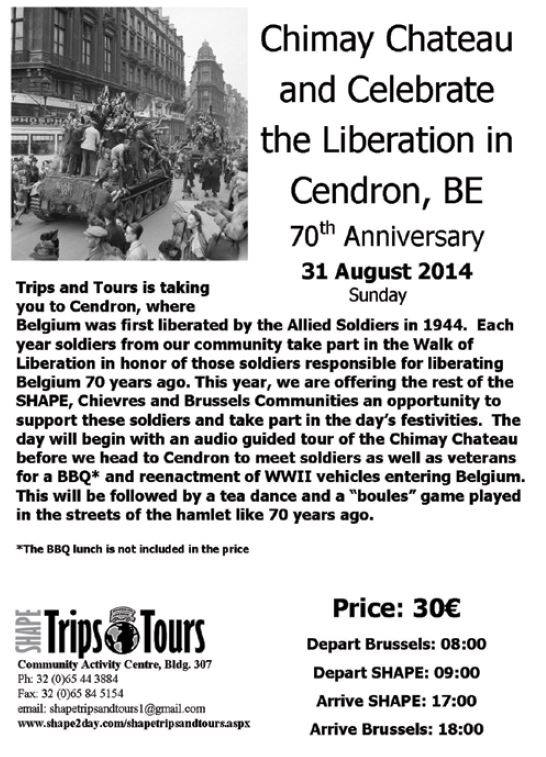