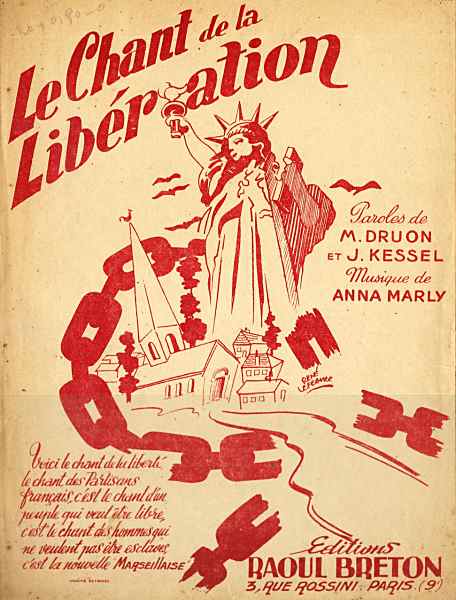 The Chant des Partisans (The Partisan Song) was the most popular song of the Free French and French Resistance during World War II. Listen to it here.

The piece was written and put to melody in London in 1943 by Anna Marly, a Russian singer-songwriter. She had come to France at a very young age shortly after her father was killed by the Bolsheviks in 1917. The lyrics revolve around the idea of a life-or-death struggle for national liberation. It was broadcast by the BBC and adopted by the Maquis.

The Maquis were rural guerrilla bands of French Resistance fighters, called maquisards, during the occupation of France during the war. Initially, the Maquis was composed of men who had escaped into the mountains to avoid conscription and deportation to Germany to work as forced labor. Gradually, they became increasingly organized into active resistance groups.

Originally the word Maquis came from the kind of terrain in which the armed resistance groups hid. Although strictly meaning thicket, maquis could be roughly translated as “the bush”. The term became an honorific that meant “armed resistance fighter” and the Maquis came to symbolize the French Resistance.

After being shot down on February 8, 1944, B-17 Susan Ruth pilot Howard Snyder evaded capture and was hidden for several months by various members of the Belgian Underground. Unable to hook up with Underground escape routes into Spain, he decided to stop hiding and start fighting. He joined up with a Maquis group based at the Hermitage Farm (Ferme de L’Hermitage) in Wallers, France and fought with them for two months until liberated at nearby Trelon, France on September 2, 1944, by Patton’s 3rd Army. 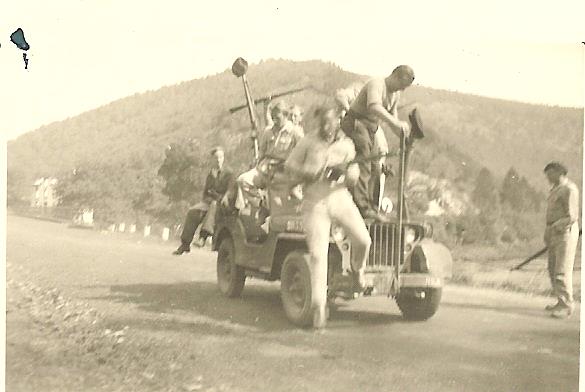 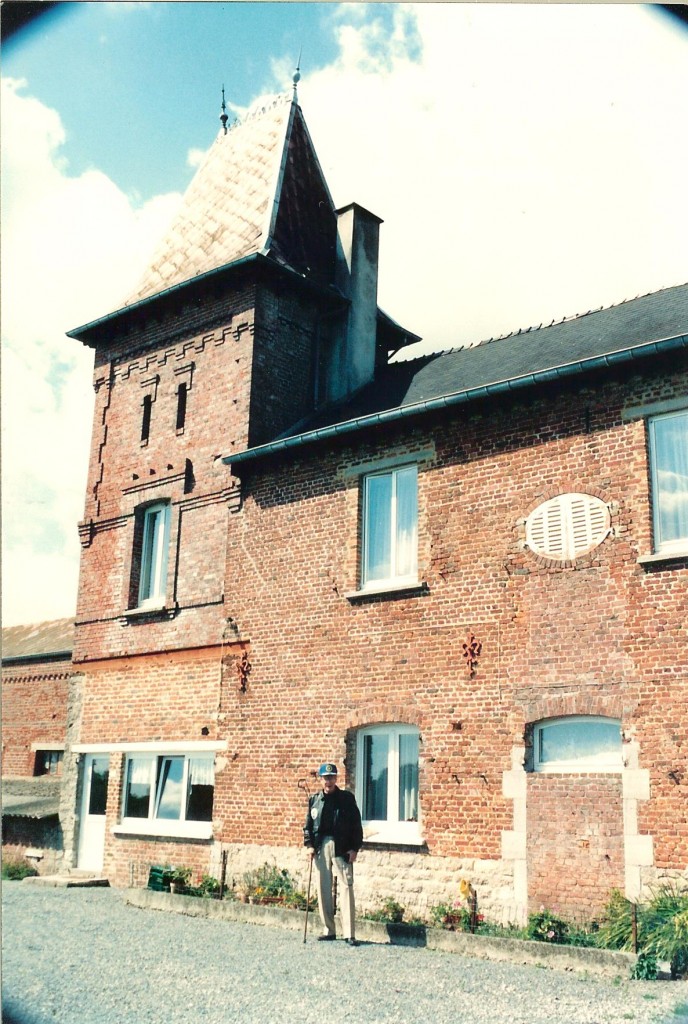 Howard Snyder at Ferme de L’Hermitage in Wallers, France in 1994