An Honor For Honoring 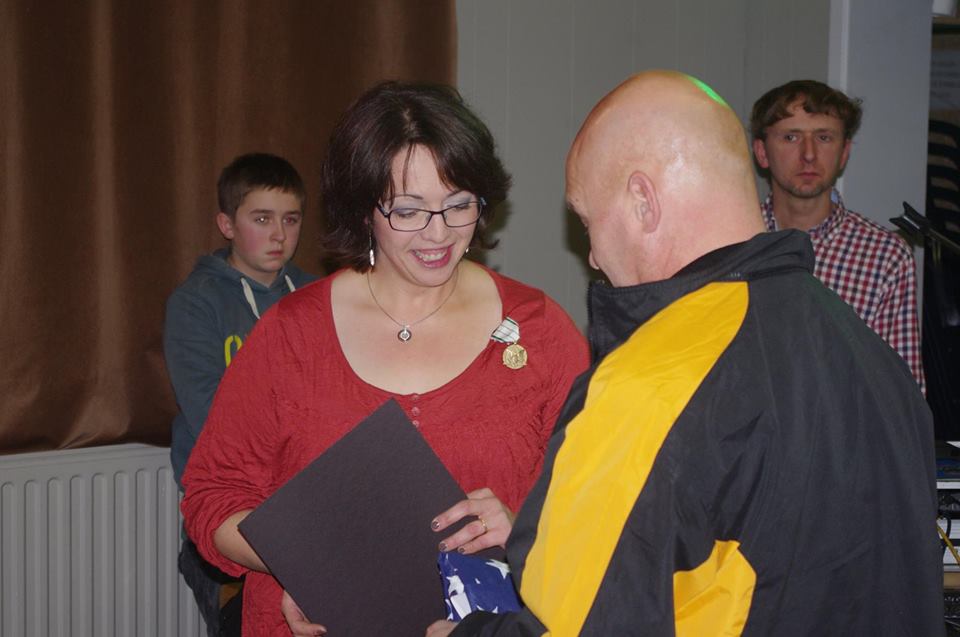 Christel Delahaye, President of the Association du Devoir de Memoire de Momignies – Belgique (Duty to Remember Association) has been nominated for the Belgian Commander’s Award for Public Service for her exceptional contribution to Belgian-American relations and for the planning and organization of the ceremonies marking the 70th anniversary of the Liberation of Belgium in September 1944 from four years of Nazi occupation and oppression.

She continues the legacy begun by her father, Dr. Paul Delahaye who dedicated his life to honor the Allied servicemen who fought and died to bring freedom to his country.  Dr. Delahaye founded the Belgo-Americaine Foundation and was responsible for numerous memorials being erected in southern Belgium around Chimay and Momignies; two in particular. One, located in the village of Monceau-Imbrechies, was dedicated to the first twelve American soldiers who lost their lives on September 2, 1944. The other,  located in Macquenoise, was dedicated to the crew of the B-17 Susan Ruth that was shot down by German fighters on February 8, 1944. 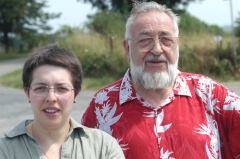 Christel took over as President after the death of her father in July 2013. She accepted this mission as a duty, and as a reminder, renamed the Foundation to include the concept of “Duty of Memory.” She had a firm conviction to continue to honor those who made the ultimate sacrifice; to tell their stories, to educate younger generations, and to keep alive the memory of her father.

A mother of three young children, with a full-time job and involvement in many volunteer activities, Christel was able to rejuvenate the Association in only one year. She planned and organized the 70th Anniversary Celebrations which had an impact that far exceeded the boundaries of the small villages where the historical events took place.

She convinced various independent organizations within the region to combine their efforts and maximize their resources which resulted in six days of  commemorations; including a concert by the SHAPE Band in the castle of the Prince and Princess of Chimay, a reenactment of U.S. Army vehicles entering Belgium and an Army camp, a charity walk, band concerts, dances, and four commemorative ceremonies. Attending the ceremonies were numerous members of the Belgian military and American military (U.S. Army Garrison Benelux and the 424th Airbase Squadron); U.S. Ambassador to Belgium Denise Bauer; local municipal and civic dignitaries, and hundreds of local citizens from the villages in the area.

During the prior year, Christel had been in contact with relatives of the Susan Ruth crew members, and twenty-five of them made the trip from the United States to participate in the ceremonies.  Christel made arrangements for all of the Susan Ruth family members to stay at the Château Ferme de Macon (Castle Farm of Macon) where she is the manager.

Christel Delahaye’s dedication and devotion is a worthy legacy to her father. Not only does her work foster Belgian-American relations, but it continues to help educate future generations in both countries. Like her father, she is a true friend of the United States.