B-17 Flying Fortress Scrapped After WWII

B-17s served in every World War II combat zone. The aircraft is best known for daylight strategic bombing of German industrial targets. The B-17 flew mostly out of England, equipping 26 of the 40 bombardment groups of the 8th Air Force.

After the end of World War II in August of 1945, the U.S. Army Air Corp found itself with thousands of surplus, and now obsolete, B-17 bombers. The B-17 was quickly phased out of use as a bomber and the Army Air Forces retired most of its fleet.

Production of the B-17 ended in May 1945 and totaled 12,731 aircraft. Most of those still in service at the end of the war were sent to military aircraft bone-yards for temporary storage, sale, or scrapping and smelting into aluminum ingots.

Flight crews ferried the bombers back across the Atlantic and Pacific to the United States. Some remained in use in second-line roles such as VIP transports, air-sea rescue and photo-reconnaissance. However, most B-17s ended their service, not in combat, but in the smelter at locations such as Kingman Army Air Field in Arizona and Walnut Ridge Army Air Field in Arkansas. 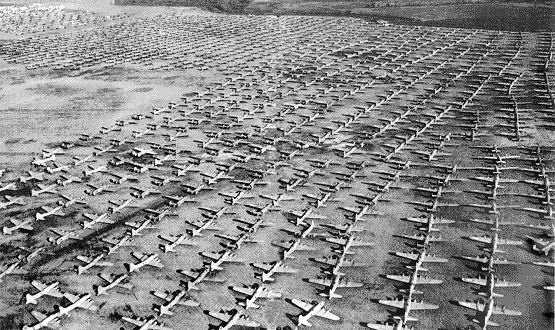 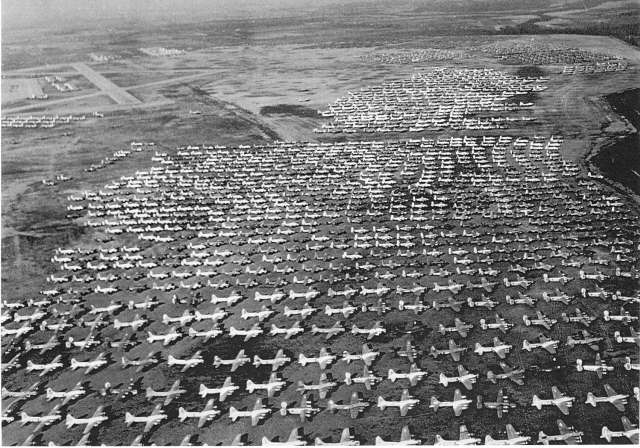