Remembering the Crew of the B-17 “Susan Ruth”

Each year on February 8, a ceremony is held at the B-17 Susan Ruth Memorial to remember and honor its crew. This coming February 8th will commemorate the 71st anniversary of the Susan Ruth being attacked and shot down by two German Focke-Wulf fighters; crashing at La Distillerie (The Distillery Farm) in Macquenoise, Belgium just north of the French border.

This annual event is organized by the Association du Devoir de Mémoire de Momignies – Belgique (Duty to Remember Association of Momignies, Belgium). The Association was originally named the Fondation Belgo-Américaine (Belgian-American Foundation) when it was founded by the late Dr. Paul Delahaye in the mid-1980s. His eldest daughter, Christel, is now the President and carries on his legacy.

In the picture below are relatives of four of the crew members ( pilot Howard Snyder, co-pilot George Eike, bombardier Richard Daniels, and ball turret gunner, Louis Colwart) in front of the Memorial. Last fall, they traveled from the U.S. to attend the 70th Anniversary Celebrations of the Liberation of Belgium. 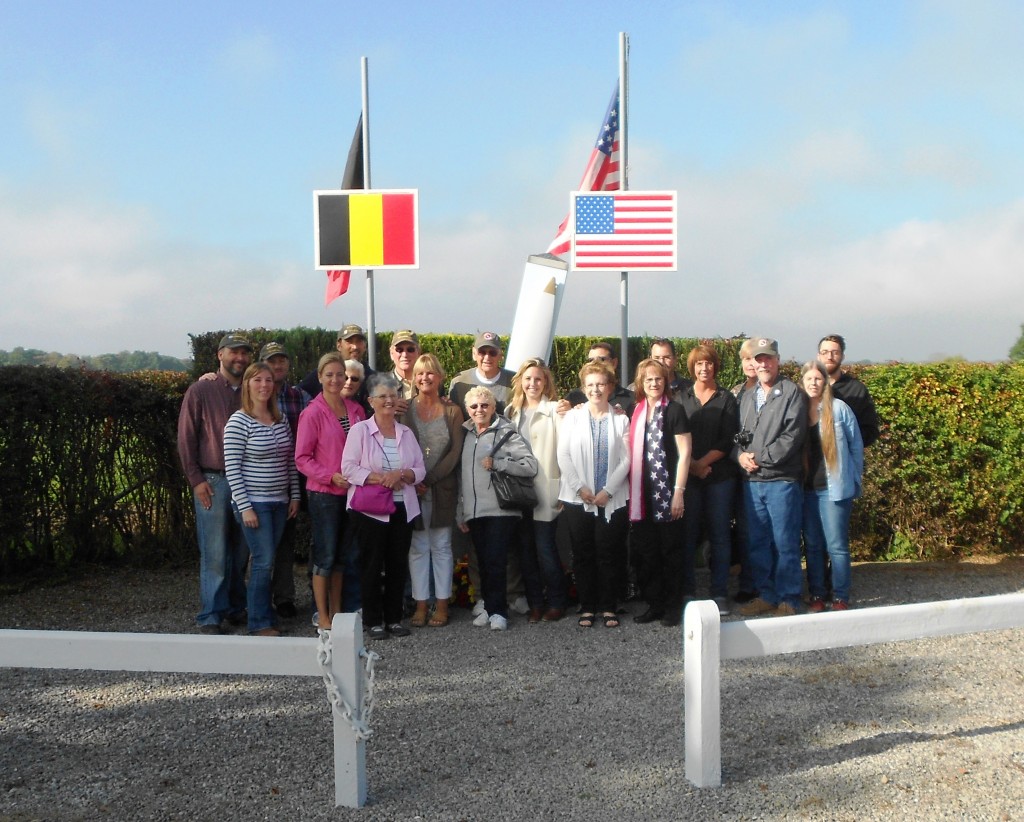 The story of the Susan Ruth crew and of the courageous Belgian patriots who risked their lives to help them are contained in my book, SHOT DOWN.